CREW wants art to move outside its institutional frameworks within the urban multicultural society. As part of the Brussels operation, we realized an 'omni-directional video installation' together with Agora M, Vaartkapoen. The screenplay was written by a group of Moroccan-Belgian women who are active within Agora M, substantively and technically supported by CREW.

The terrorist attacks of 2016 created a one-sided and negative image of Molenbeek. The “Women of Molenbeek”, members of the theater association of Agora M - Vaartkapoen, therefore wanted the outside world to experience their Molenbeek, their living world, and this is done via VR.
The theme in "Everything on the table" was introduced by them: the personal but also cultural taboos and prejudices. The project was directed and technically supported by CREW.
C.A.P.E. Everything on the table also wants to be a crowbar for more diversity.

The immersant is invited to join the table with the women of Molenbeek. He/she acquaints them with their cultural characteristics, beliefs, taboos and rituals through various objects. After the introduction, the women walk through Molenbeek with the 'veiled' immersant where they illuminate their view of society. We visit the slaughterhouse, the market, an elder house, ...
And after the walk we sit back at the table but now in a public place where, surrounded by the local residents, we marry the diversity of cultures. 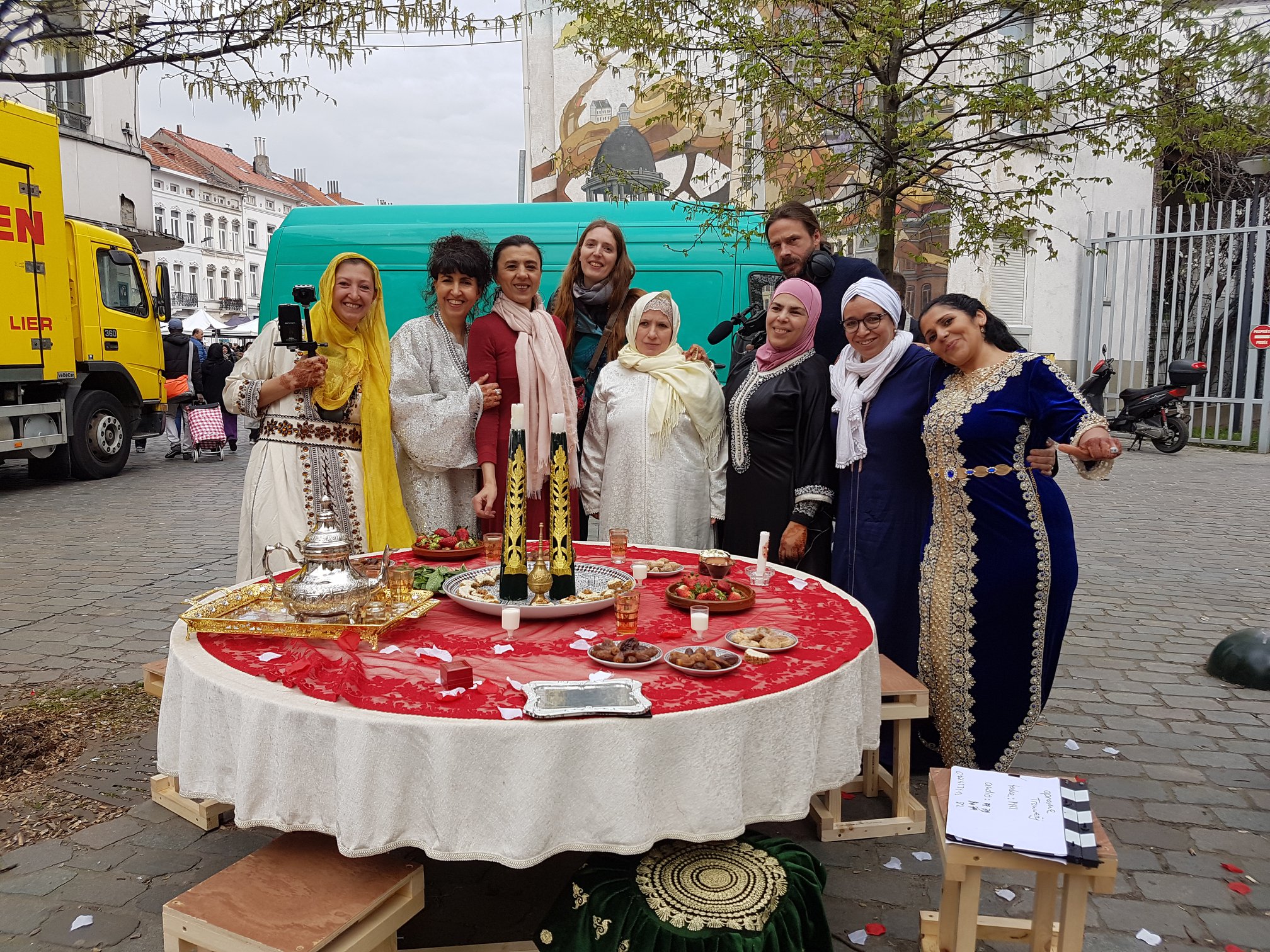