C.A.P.E. Vooruit is a 25' performance created in the framework of VOORUIT100, celebrating 100 years of Vooruit, the impressive Ghent cultural house of Flemisch socialism turned into a lively contemporary arts centre. C.A.P.E Vooruit swings you back and forth between the here and now and the early years of Vooruit, when streets were buzzing with parades and marching bands. Join the parade, move on the rhythm of the Internationale and follow the slightly distorted beat of a band that seems to have been mutated through time.

C.A.P.E. Vooruit evokes the time of early 20th century street parades and bands. The time of all the marching, to protest or to feast, on the rhythm of the Internationale. He takes you along to a world where the here and now seems to melt with the past. While the beats of numerous pounding feet, slow or firm, come together into a mutated Internationale. C.A.P.E. Vooruit - Playing around with time.In 1913, a time of political and cultural revolts, when the term progress still had a positive connotation, the socialist movement Flanders opened the Feestlokaal Vooruit.

In the same year, the Italian futurists around Luigi Russolo published their manifesto L'Arte dei Rumori (The Art of Noise) demanding an anarchical emancipation of all (industrial) sounds into the context of musical performances. Twenty five years before the Vooruit was opened, the socialist movement had already found its voice in the piece ‘De Internationale', composed by Pierre De Geyter of Ghent in 1888. This would later enjoy success as the international socialist hymn. In the interactive performance C.A.P.E. Vooruit, CREW provides an immersive collage that refers to the cinematic attempts of the 1920's and 30's when new recording technologies made it possible to treat, manipulate and transform time and space as ‘matter'.

For this creation Eric Joris worked in close collaboration with ChampdAction and Florian Goeschke. The source material for C.A.P.E. Vooruit is created by embedding ‘found footage’ of the 1950's of May demonstrations into contemporary omnidirectional video and sound recordings taken by CREW at precisely the same locations in the city of Ghent. Main actor in these new recordings was ‘Harmonie De Toekomst’. The band was asked to play, while marching, the Internationale in different tempi and follow the score as well as to play segments of the musical score backwards. Digitally rescaling (and reversing) all the different tempi of the audio and video recordings to the original marching tempo of 112 bpm opens up a world of new harmonies, intervals and timbres as well as different movement qualities. In addition the technique of slowing down and speeding up the binaural recordings influences the reverberation time, thus resulting in a transformed reproduction of the (street) space.

To be experienced at the Ghent City Museum, STAM.

C.A.P.E. Vooruit is created by CREW in collaboration with ChampdAction and Harmonie De Toekomst, St Niklaas.
Special thanks go to Twirling Team Boezinge and the extras.
C.A.P.E. Vooruit was commissioned by Art Centre Vooruit and the Ghent City Museum, STAM. 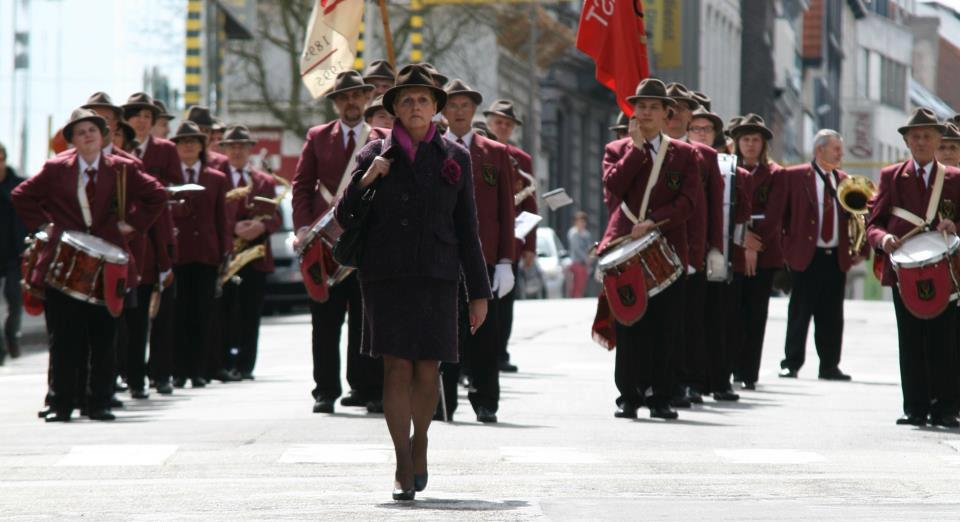 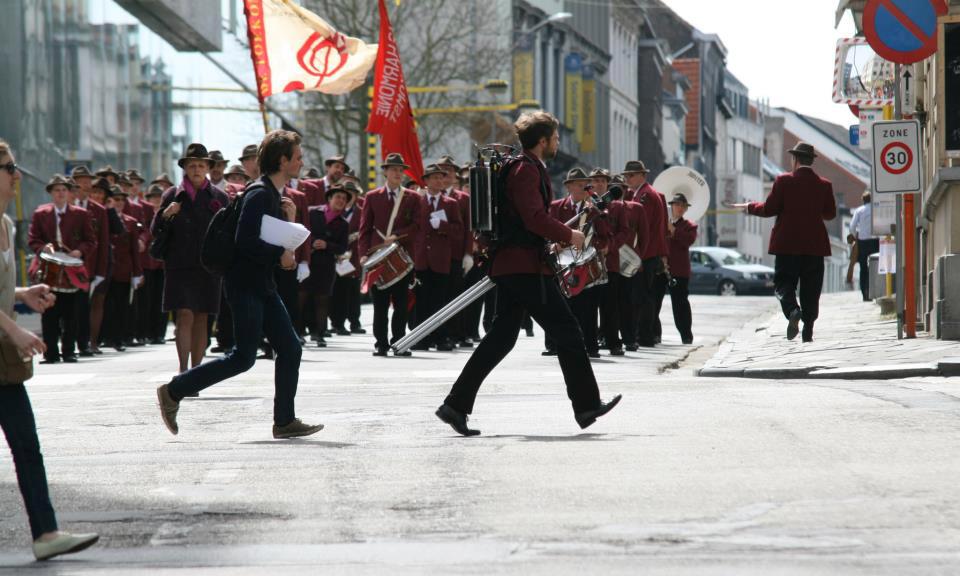 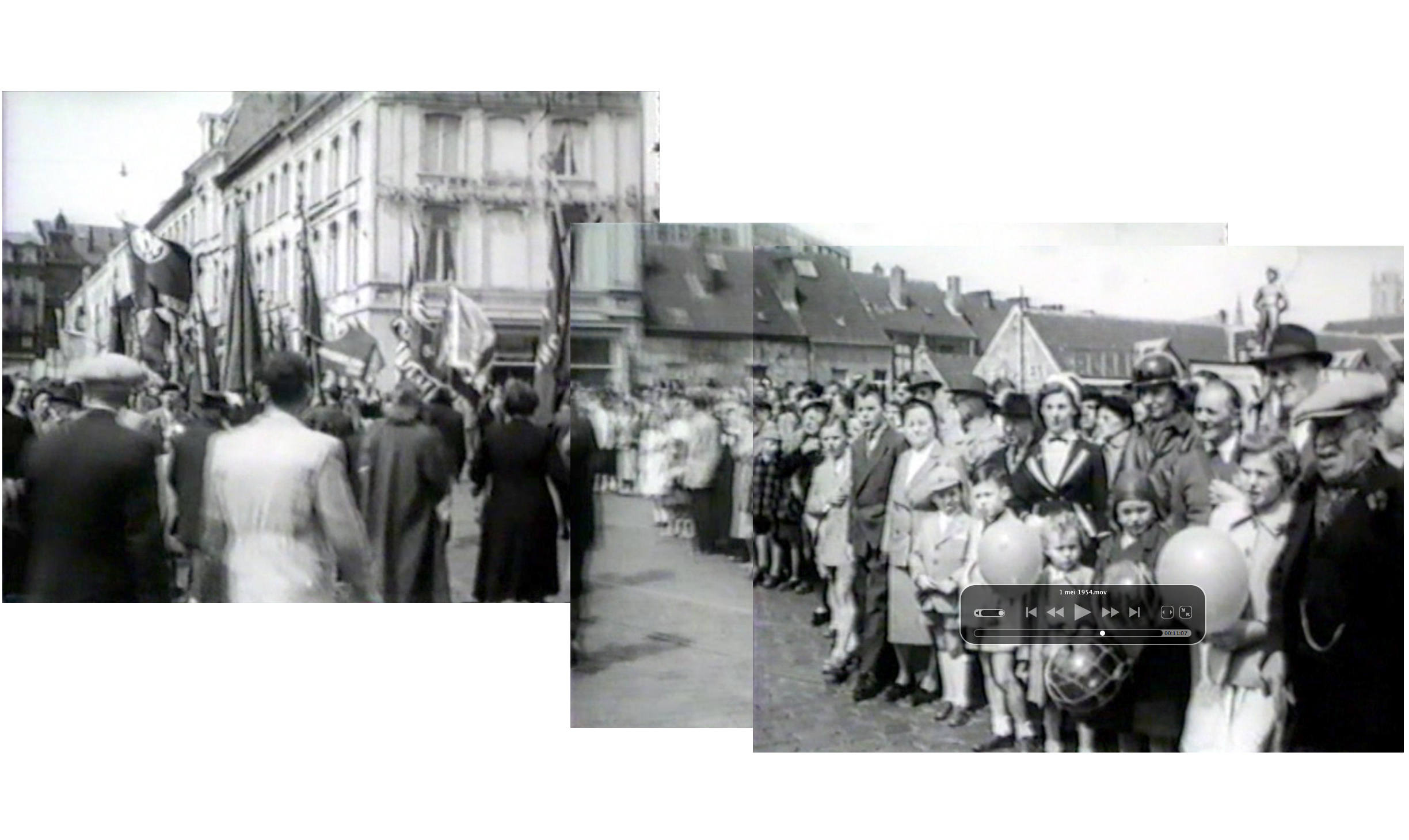 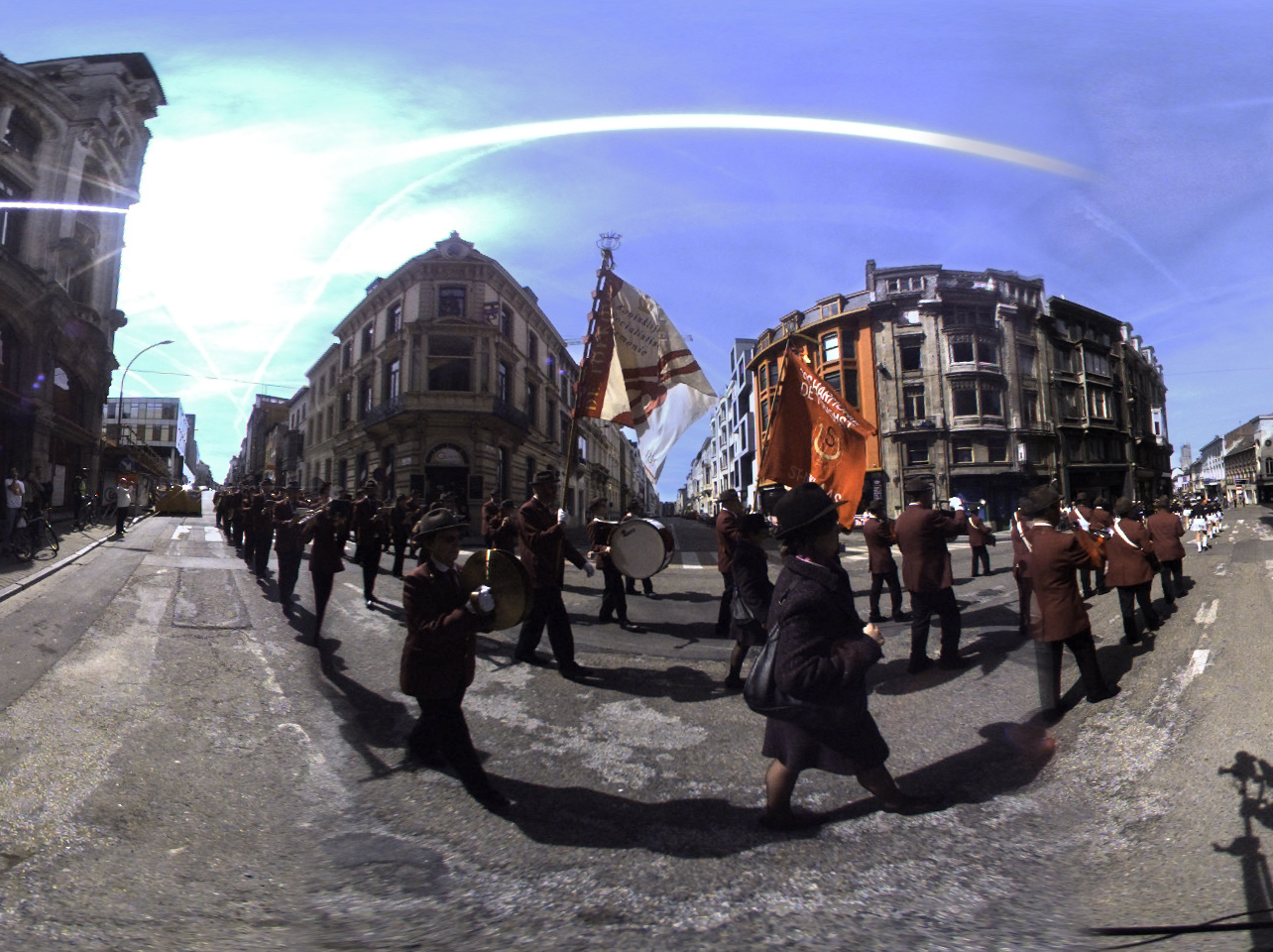 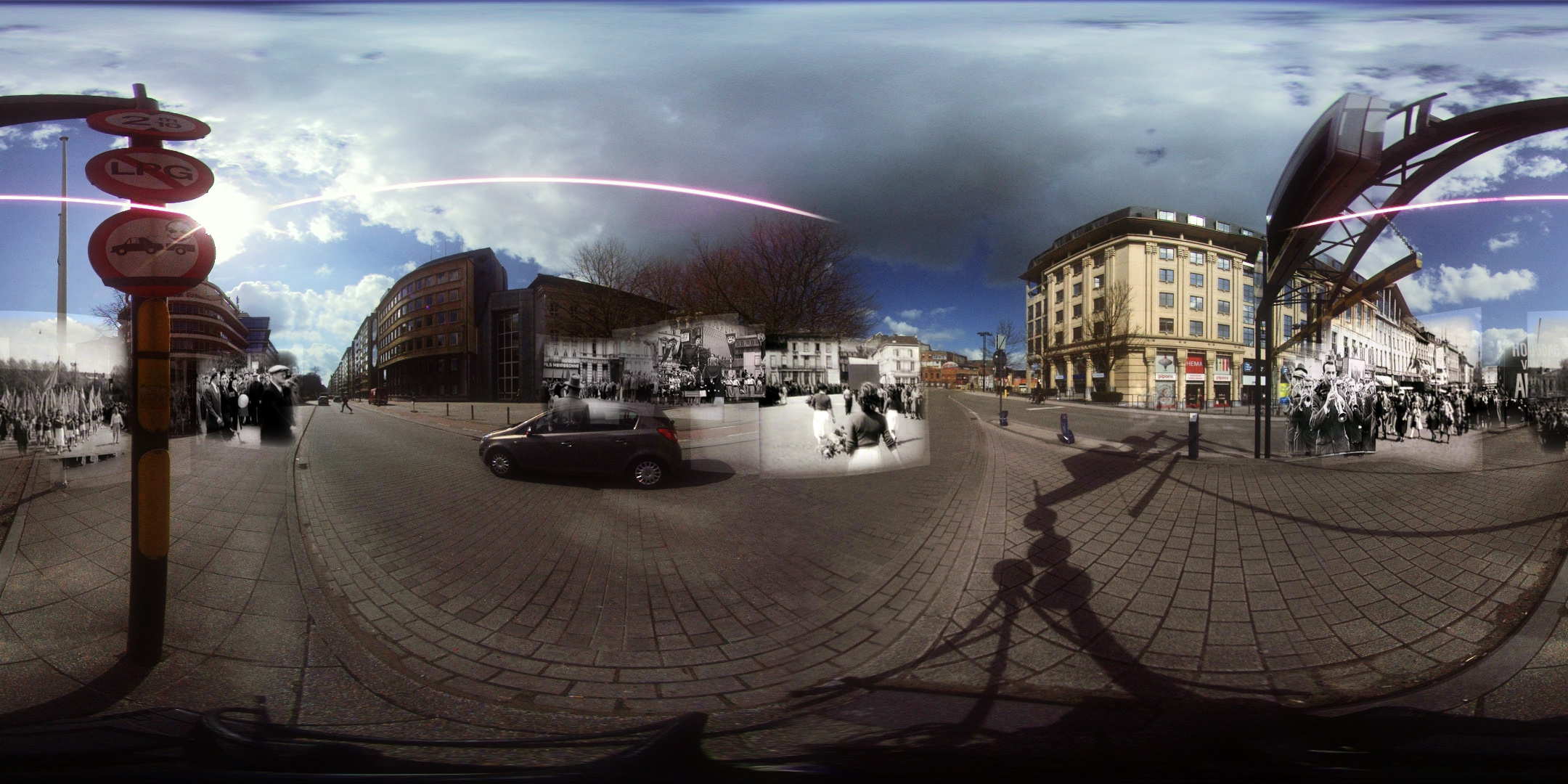 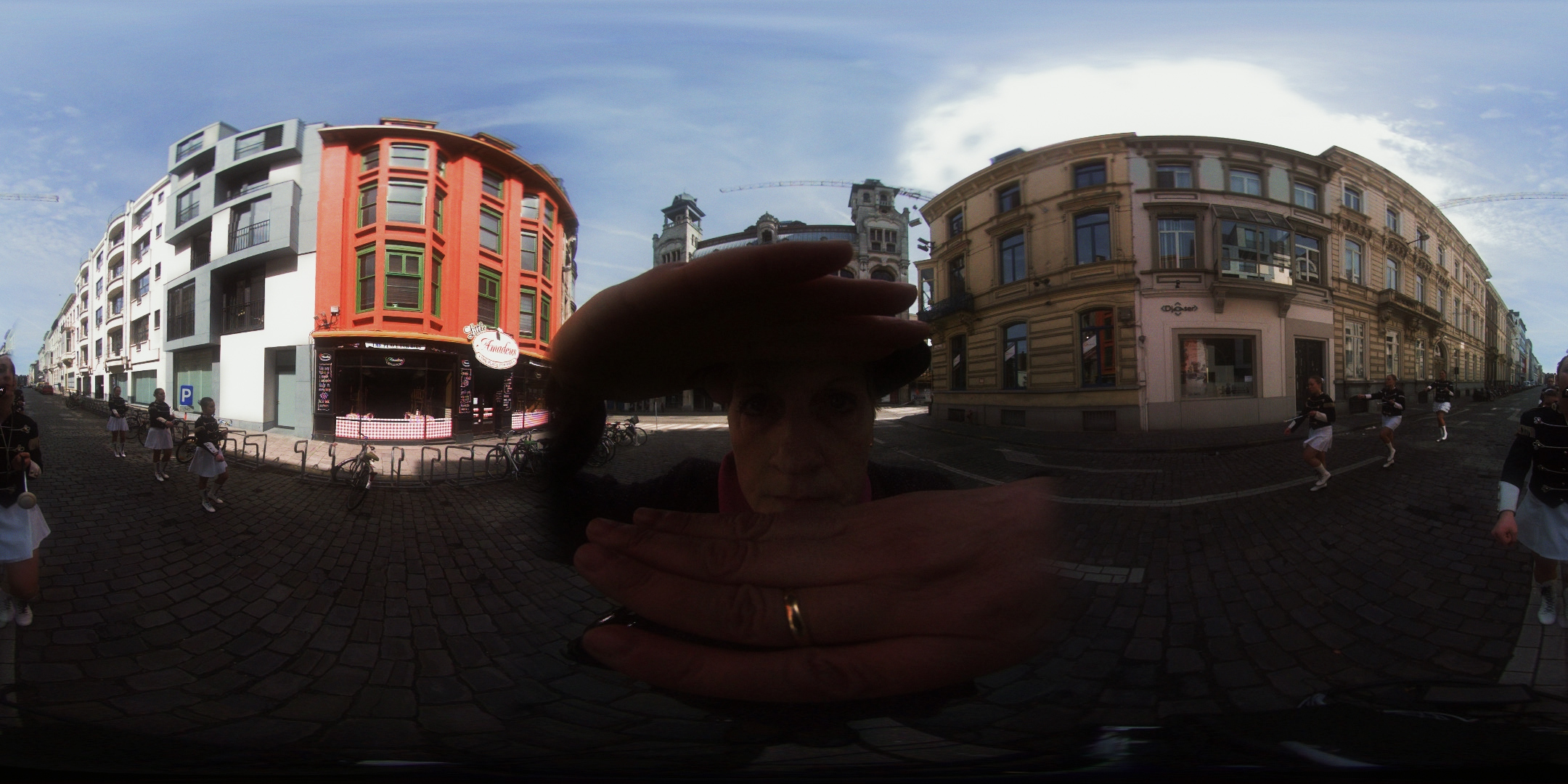 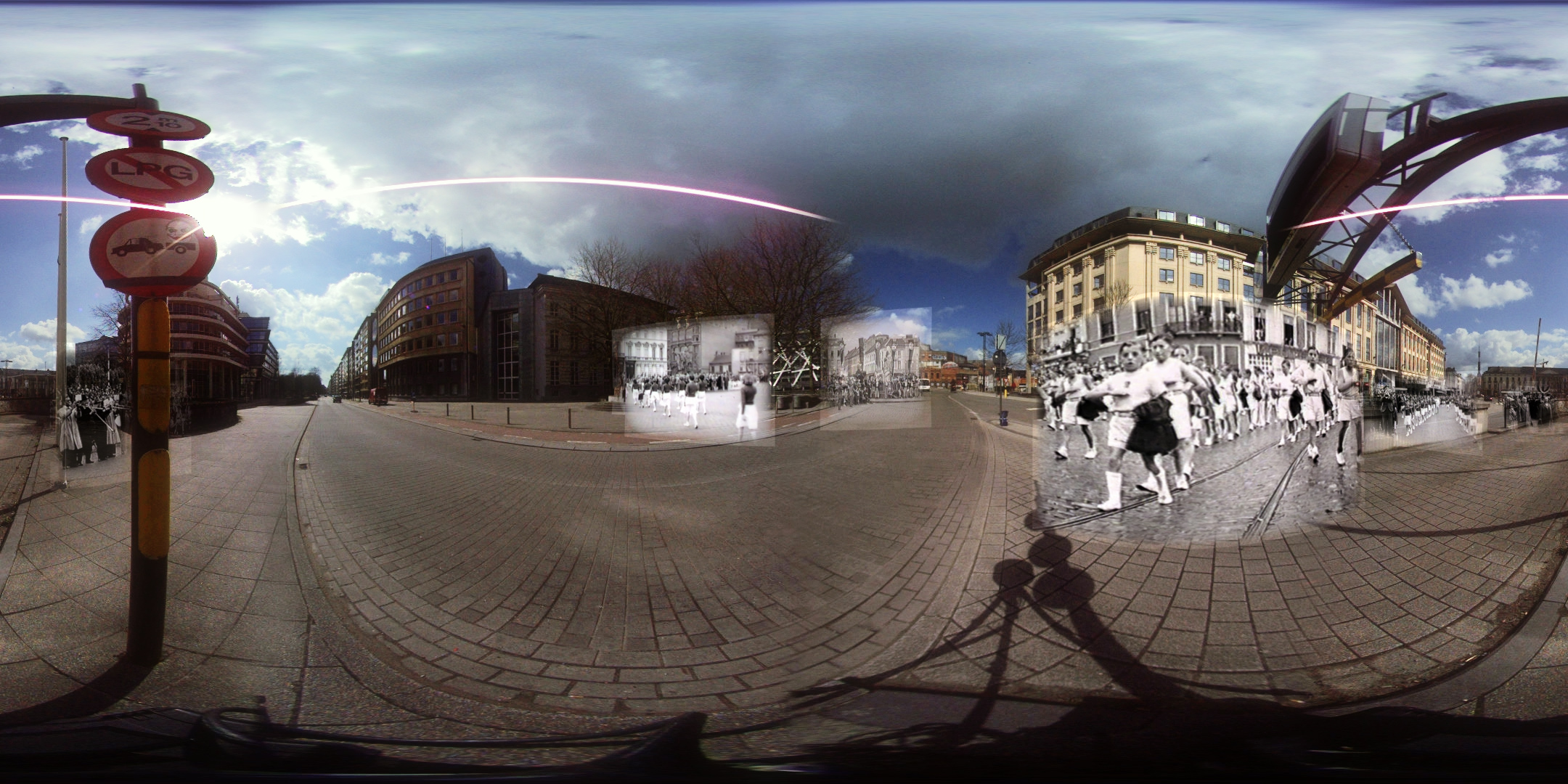 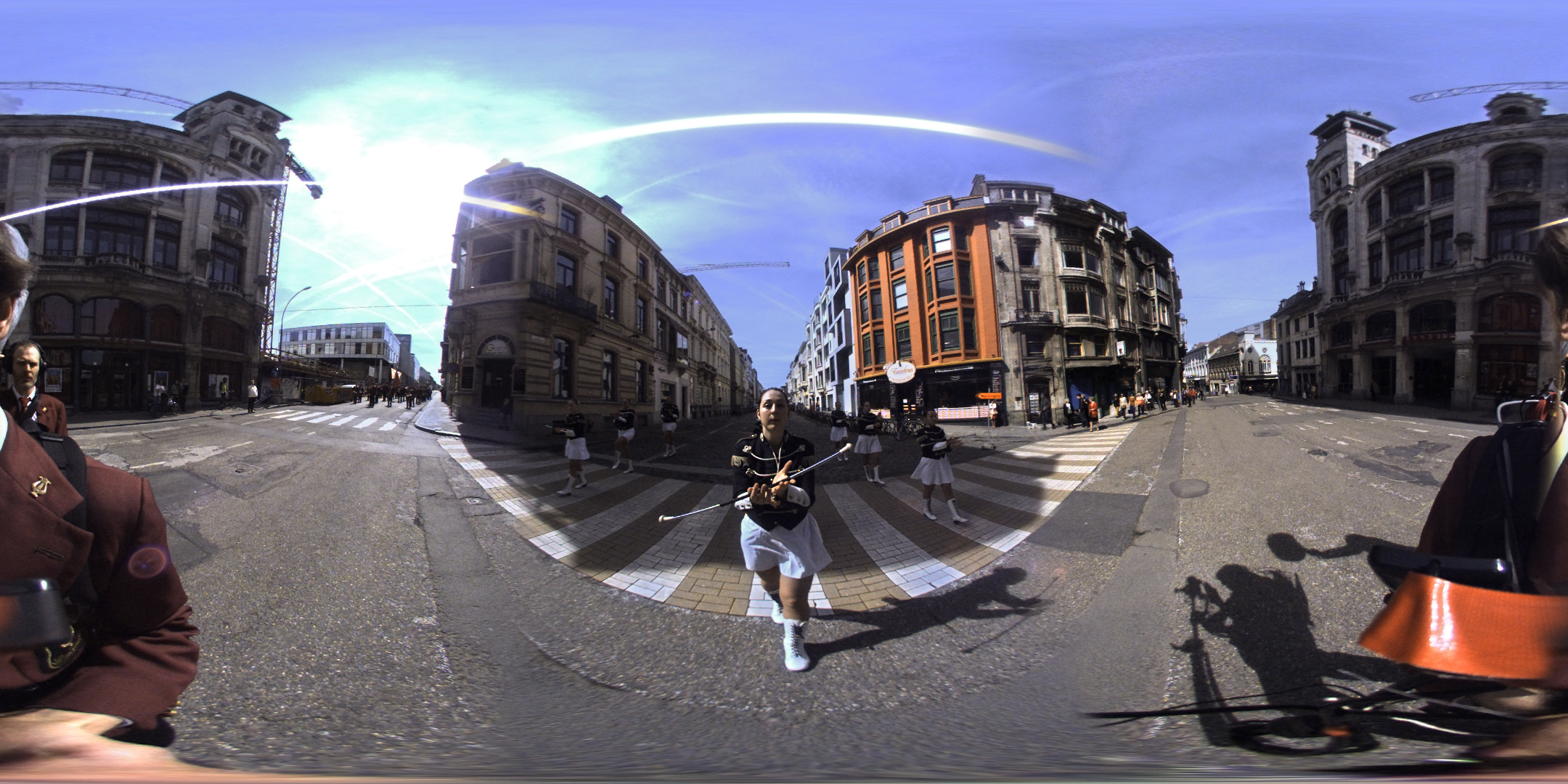