To create more than just impressive environments in VR and to fulfil our mission of blending performing arts with digital technologies, CREW is constantly investigating ways to integrate digital characters or avatars. It is the topic of our Horizon 2020 research project PRESENT. PRESENT aims for photorealism, but also realism in a more general sense, which entails many other aspects, aspects that are often underestimated or even ignored.

Scanning technology has come a long way and it is possible to embed almost photorealistic characters in VR. This is where we bump into the problem called "uncanny valley". Uncanny valley means that the closer we get to photorealism, the less empathic we become toward artificial characters. We find them spooky, off-putting or indeed, uncanny. It is possible to cross the valley by nearing perfection, but currently this is not possible in VR due to limits on processing power. Also, we are not sure we would want to, we strive for expression and creativity, more than realism as an end in itself.

If we remove the photographic aspect from the equation, we can extract other features: movements, crowd behaviour, speech and non-verbal communication make a character believable. For example in the past we have noticed that capturing even a small amount of movement data from an actor, makes this actor recognizable when digitally reproduced. A few moving dots can express the essence of a human's body language. We are convinced that capturing such an essence is a strong catalyst for believable liveliness, free from the boundaries of the photographic view.
We can leverage these aspects to create more stylized but convincing characters, humanlike features for outlandish beings, which don't bug us with their almost perfect - and ironically often idealized looks.

More stylized is the way to go then, but neither do we want cartoonish figures, which dictate a certain atmosphere which is not our goal. To populate our worlds, we are researching three approaches for making characters.

We have developed an anatomically informed synthetic avatar, modelled in 3D to serve as a basis and placeholder. He is specifically designed to be expressive in body movement, lanky and androgynous.

In parallel, we are modelling body parts in clay, which are then digitized. A touch of analogue creates an entirely different style of matter, organic and grotesque.

Lastly, we take incidentally scanned human figures from our environmental 3D scans and integrate them as well. They blend in perfectly in our environment scans with their sculptural features. 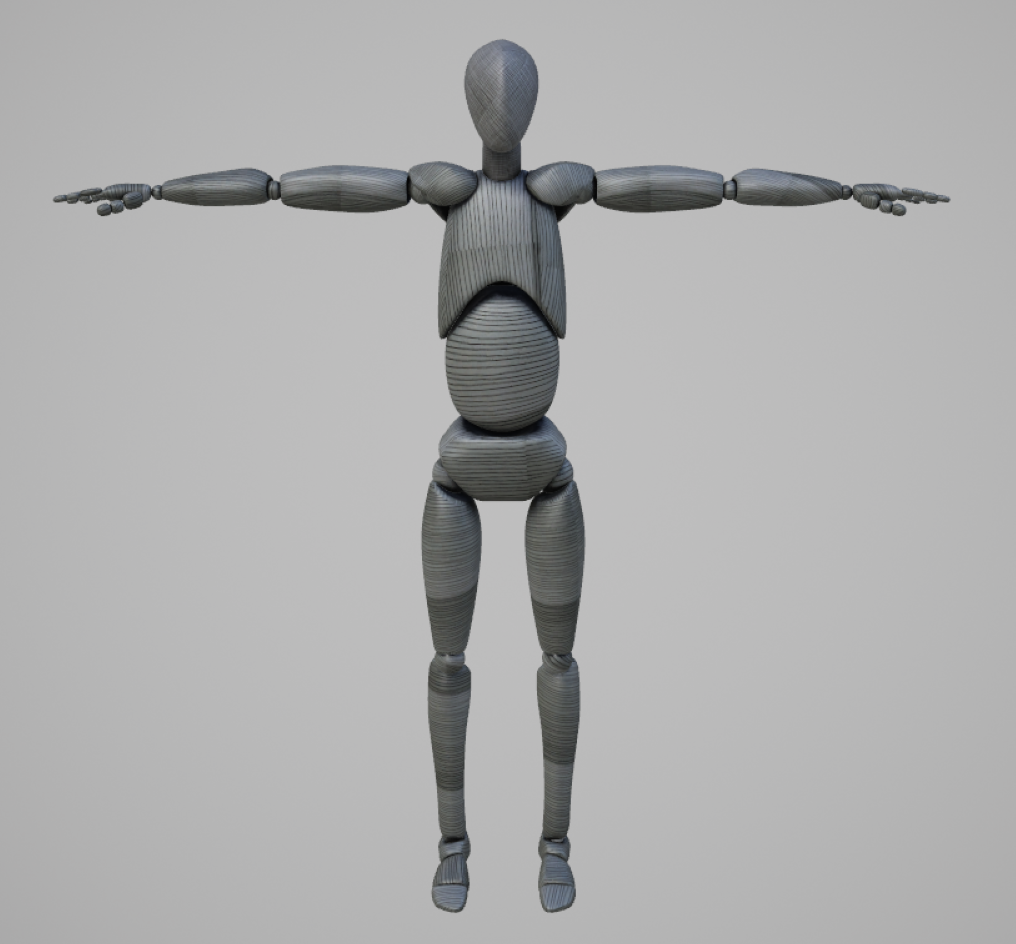 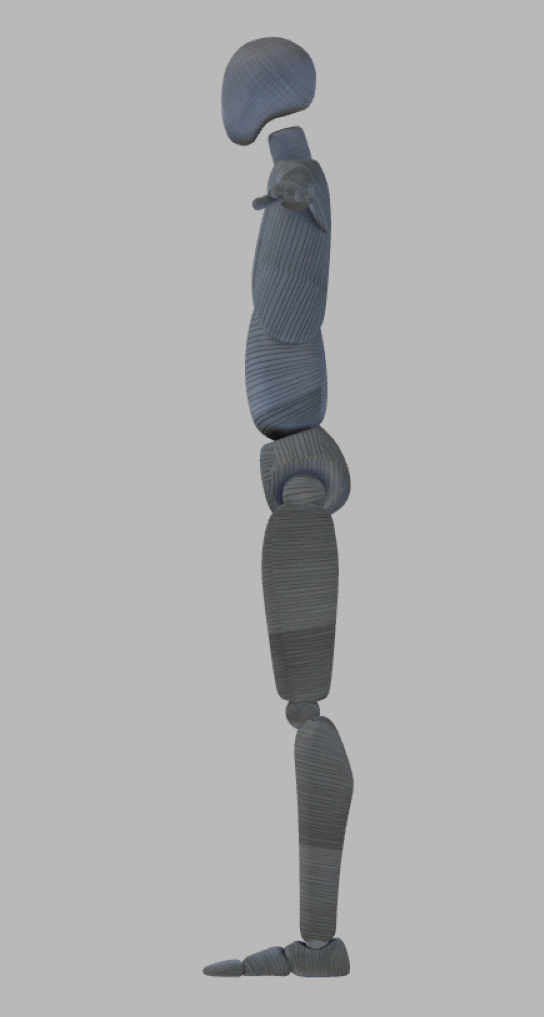 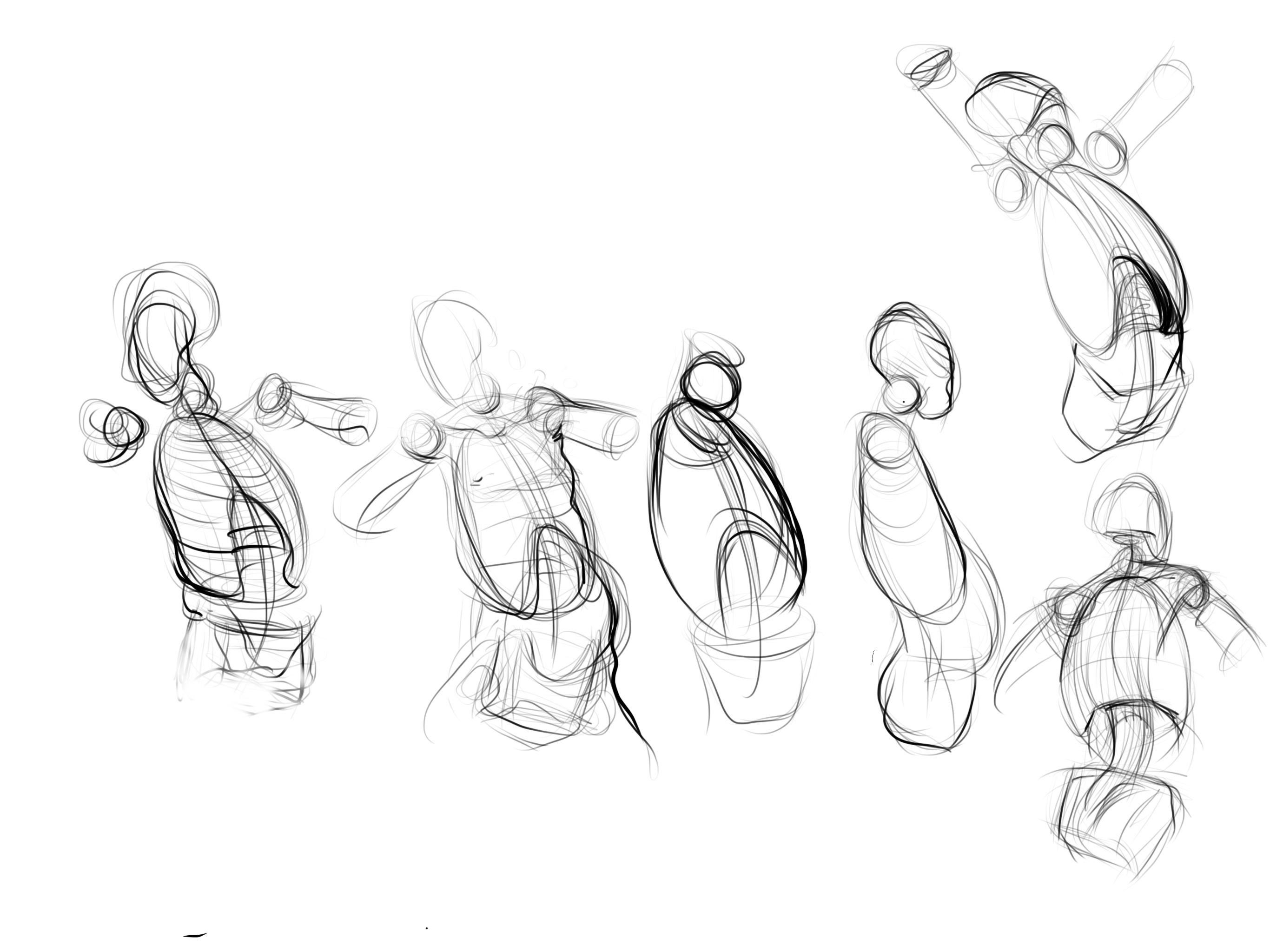 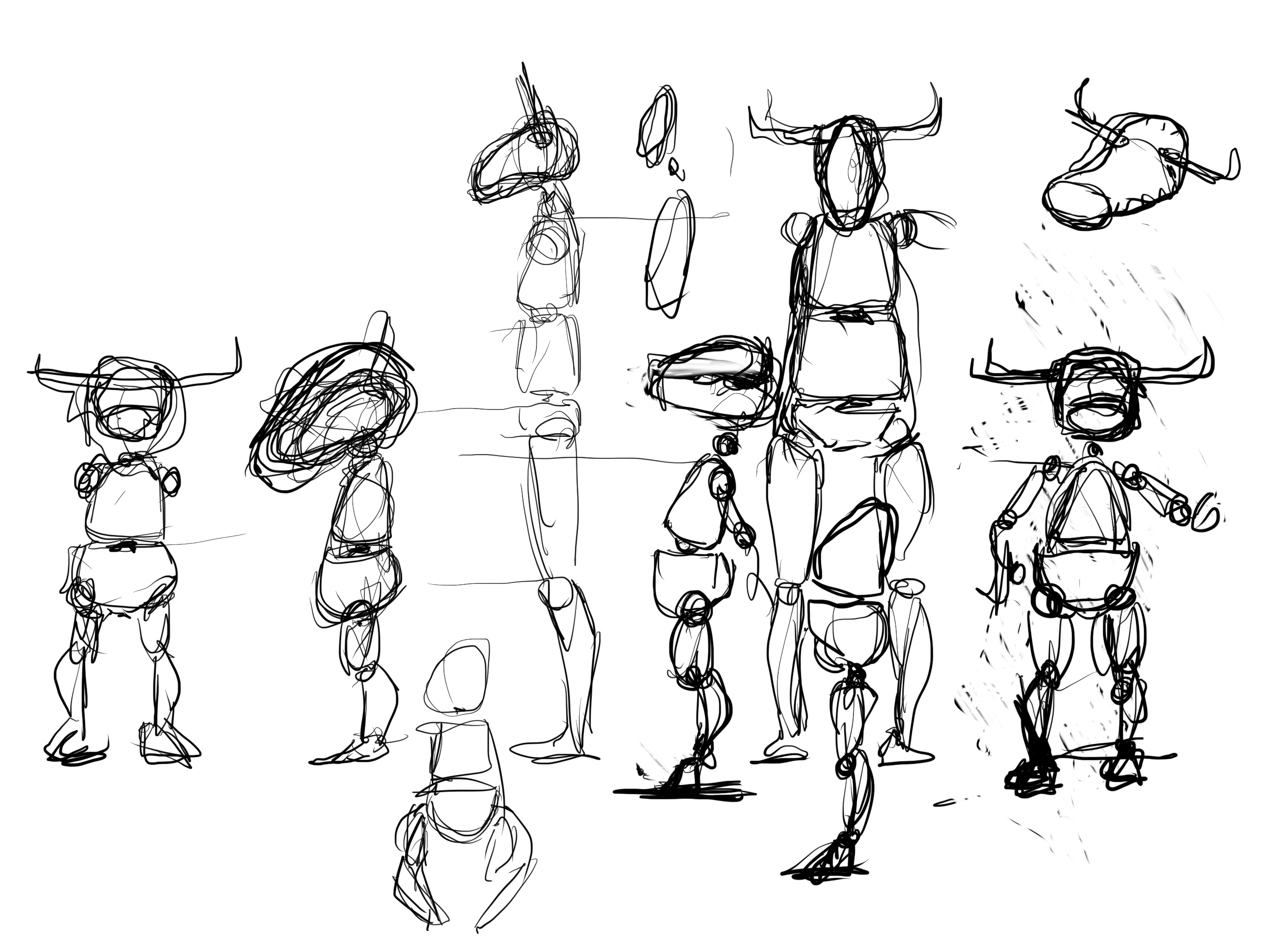 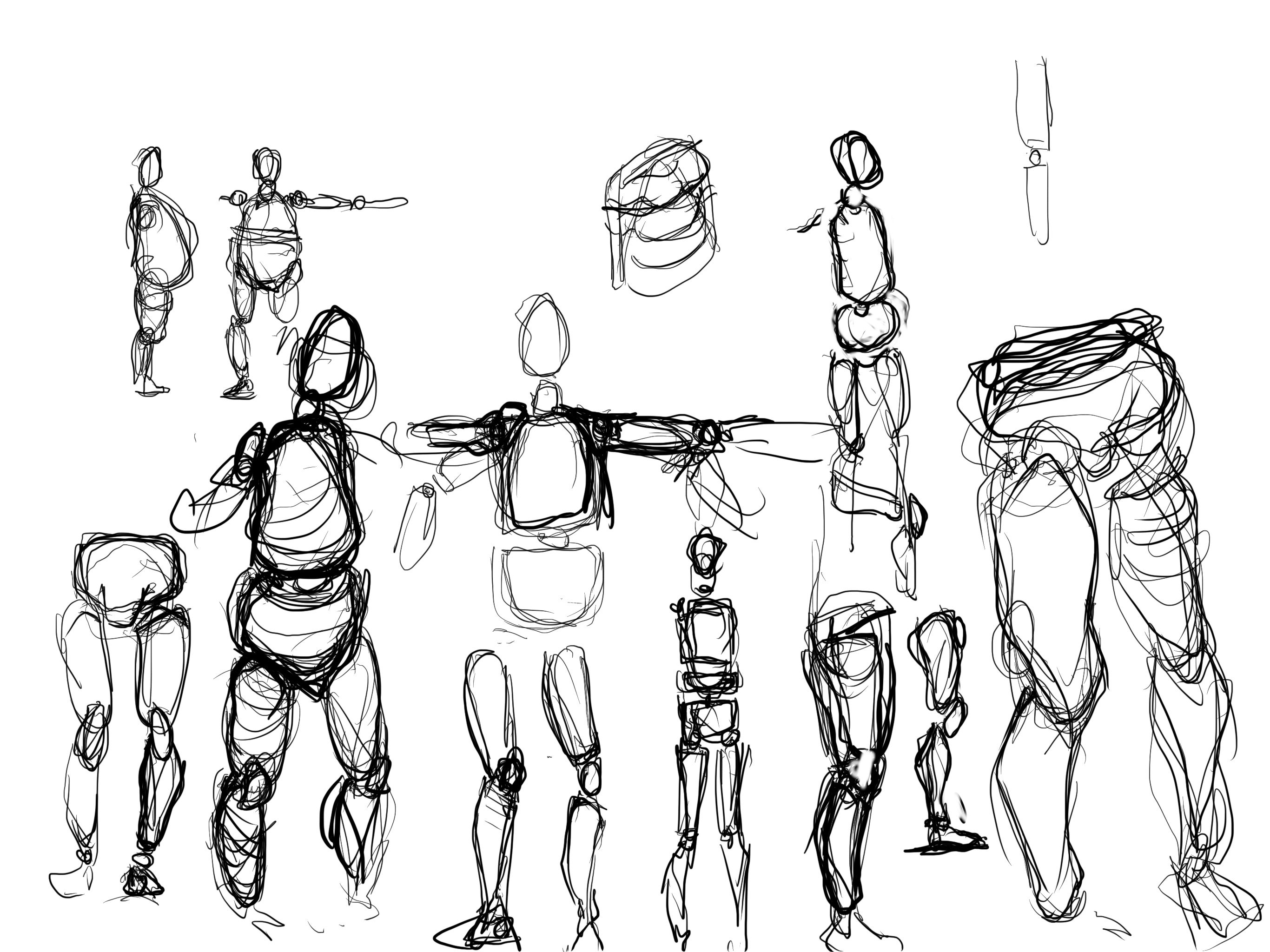 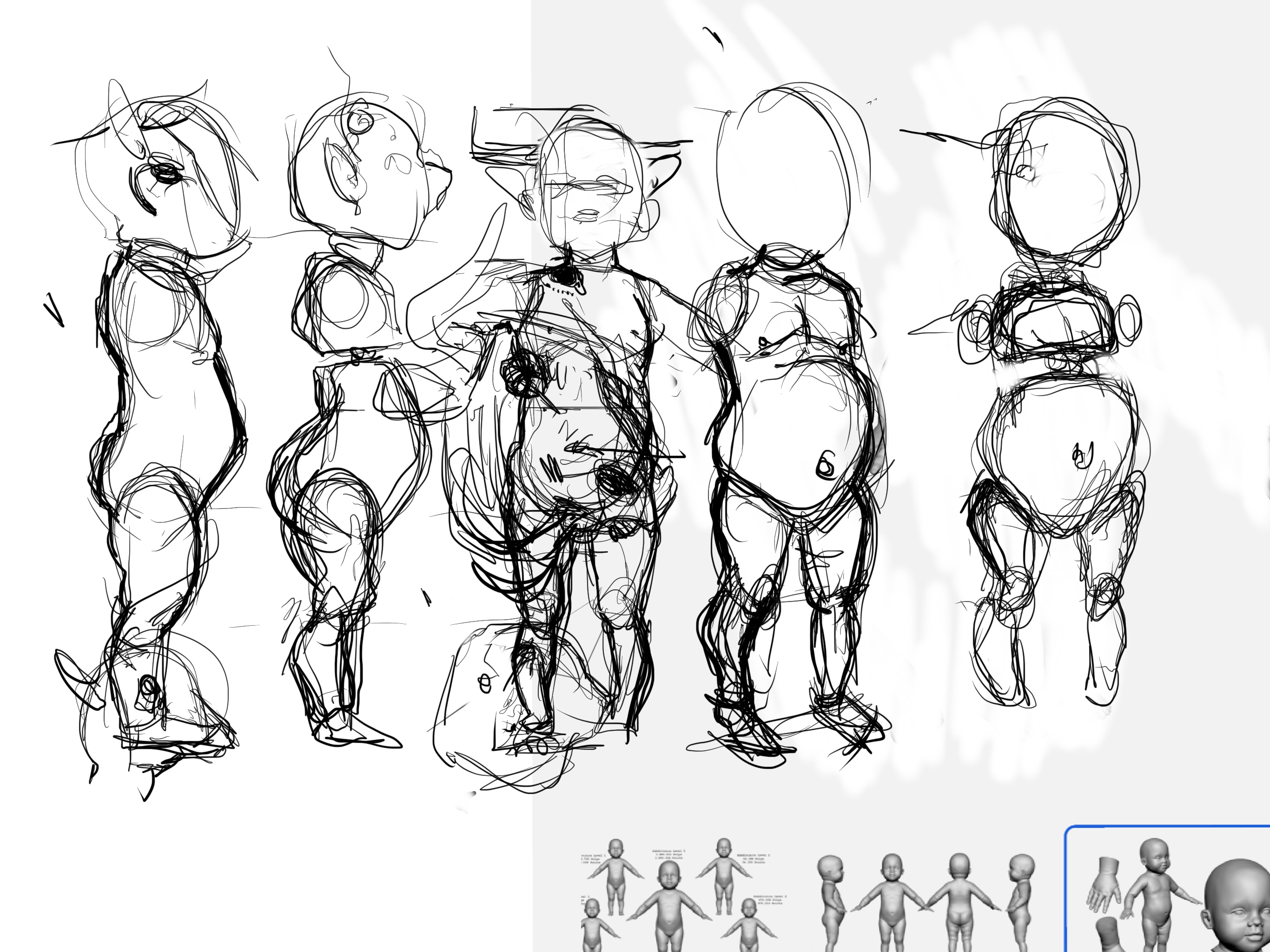