It is with great sadness that we inform you of the passing of Professor Philippe Bekaert, collaborator of CREW and member of our Board of Directors.
Philippe passed away at home after a long illness, on July 31, 2022, surrounded by his wife Annelies and his children Lotte, Eva and Fien.

Philippe was the author of the soft- and hardware that put CREW ten years ahead of the hype that we now call virtual reality. For us Philippe was an author, rather than a developer. As he himself has said in several interviews, he was never concerned with merely solving problems or improving media technology but rather occupied with finding openings for new forms of communication through technology.
The methods he developed to create virtual reality through 360° video technology made it possible in 2004 for us to start working performatively in immersive and embodied live experiences. Because we were on the cutting edge of technology with the performances, he himself was often behind the controls during the first years.
It was Philippe who introduced us as an artistic company to the EU technological research programs, which was unique at the time and has since become a trend. Performances such as 'W(Double U)’, 'Eux', 'Terra Nova', would not have been possible without it.

Thinking, searching and experimenting together during residencies or in the lab could almost be called symbiotic. Only people of his caliber and skill could think up such non-committal science-fiction-like formats and then execute them technologically and experimentally.
The list of innovations is long: the 360° or 'omnidirectional' cameras he built, the 'Janus' software with live stitching, the tracking systems, the Janus communication system, the headswaps....
At EDM/UHasselt he directed the visual computing department, initiated spin-offs, worked with broadcasters and event companies, inspired other artists…

This brilliant engineer, professor with a wide field of vision, playful and original thinker, stubborn entrepreneur, loving family man... has unfairly been taken away from us much too early.
For his wife and family the loss will be daily and difficult to bear. The numerous personal messages and sympathies from the international artistic, scientific and research communities might be a consolation.

To close off, here are some excerpts from interviews with Philippe, which in my opinion illustrate his drive.

"I work on applied science, engineering, blue-sky research and programming. The core of our undertaking is that we are all interested in technology. In CREW we share the same interest in technology and we have complementary backgrounds. My role is to develop the technology and think about how, in the long term, technology can make a difference. People working in industry need to think in the short term, to work on projects that run over a short time period and lead to quick financial returns so that they can pay their employees and make a profit as a company. The exciting part of this collaboration is that I don’t expect a short return for my contribution and experimentation with technology. Maybe our way of working is something that in 10–20 years time will highlight different elements of how we experience media. We want to stretch the boundaries of the use of technology, not by creating faster systems and problem-solving devices, but by asking what we can do with this technology to enhance human perception and experience. I see what I do more as making something that mediates and facilitates the interaction between the conversant and the actor. One unique characteristic of the performance work of CREW is that the technology does what a stage does within a theatre; it facilitates the exchange and communication between the performer and the spectator. " *

"Within my field of research, most colleagues are very focused on technical perfection, assuming that otherwise it would not be acceptable or useful. What we learned quite quickly is that the technical imperfections of a system plays no role at all in gaining an understanding of the grammar of a medium. That is why we now develop technical tools early on that allow us to work creatively, rather than first finishing everything technically complete before handing it over. So in this sense, the development of a medium happens both technologically and non-technologically, hand in hand." ** 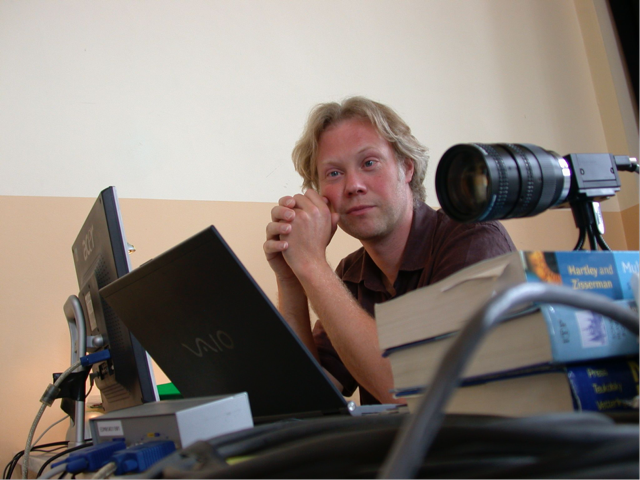 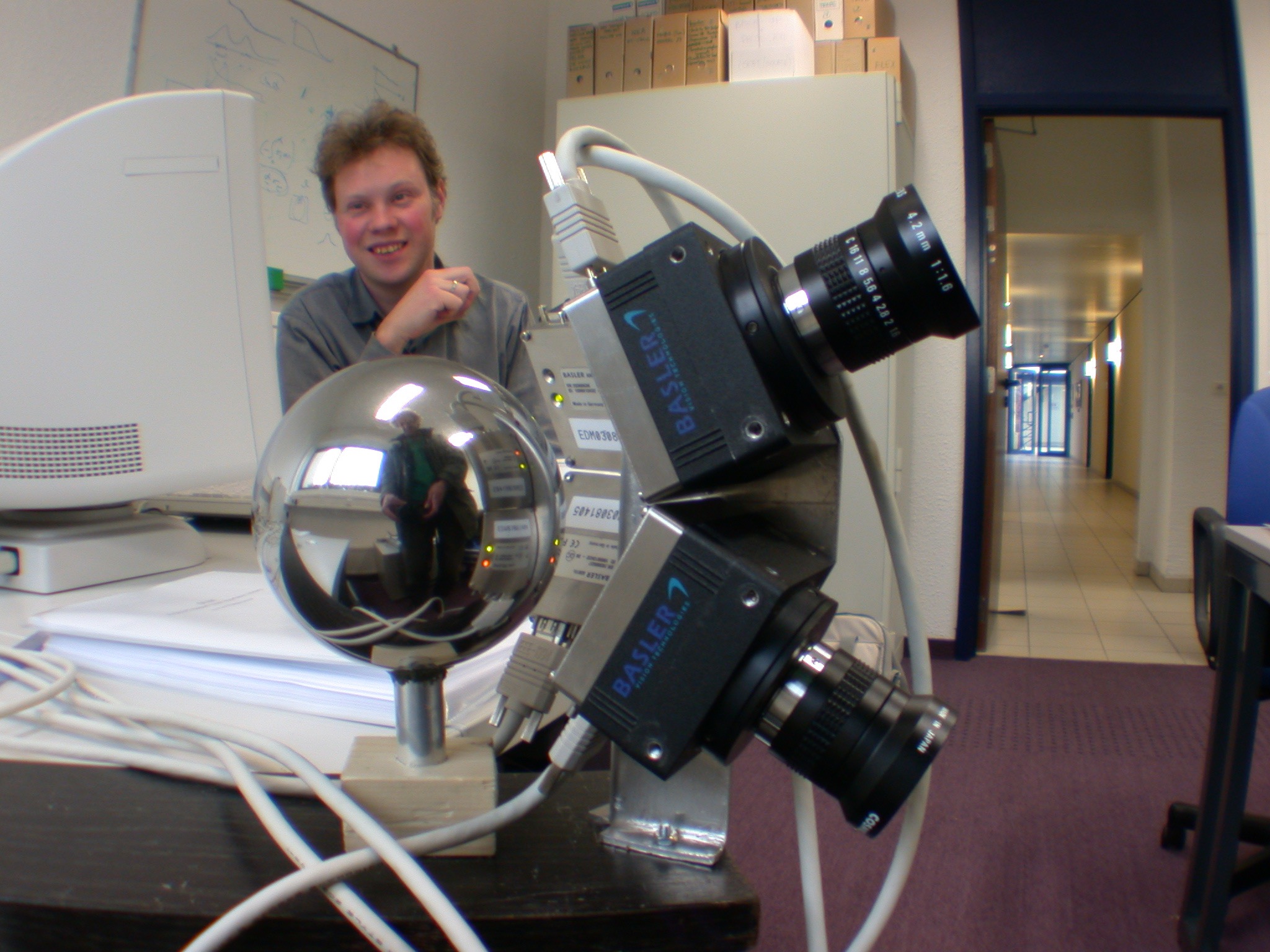 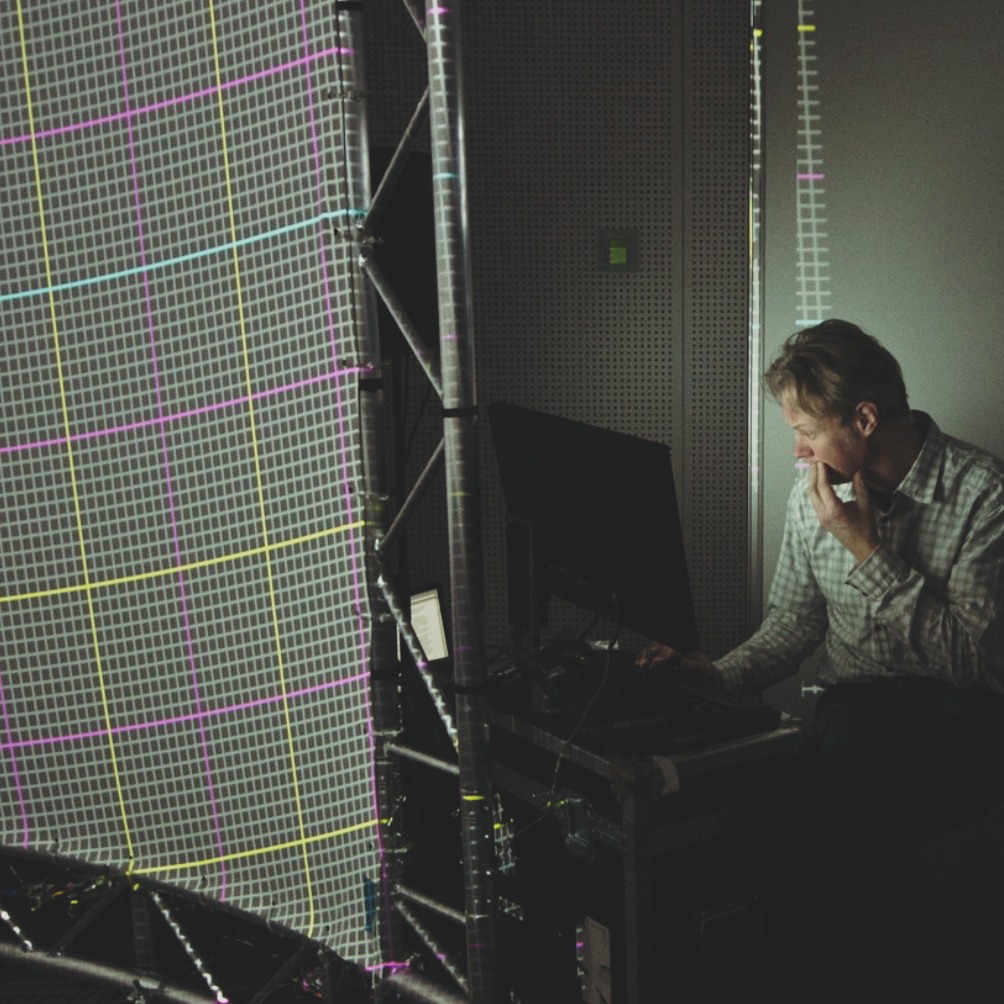 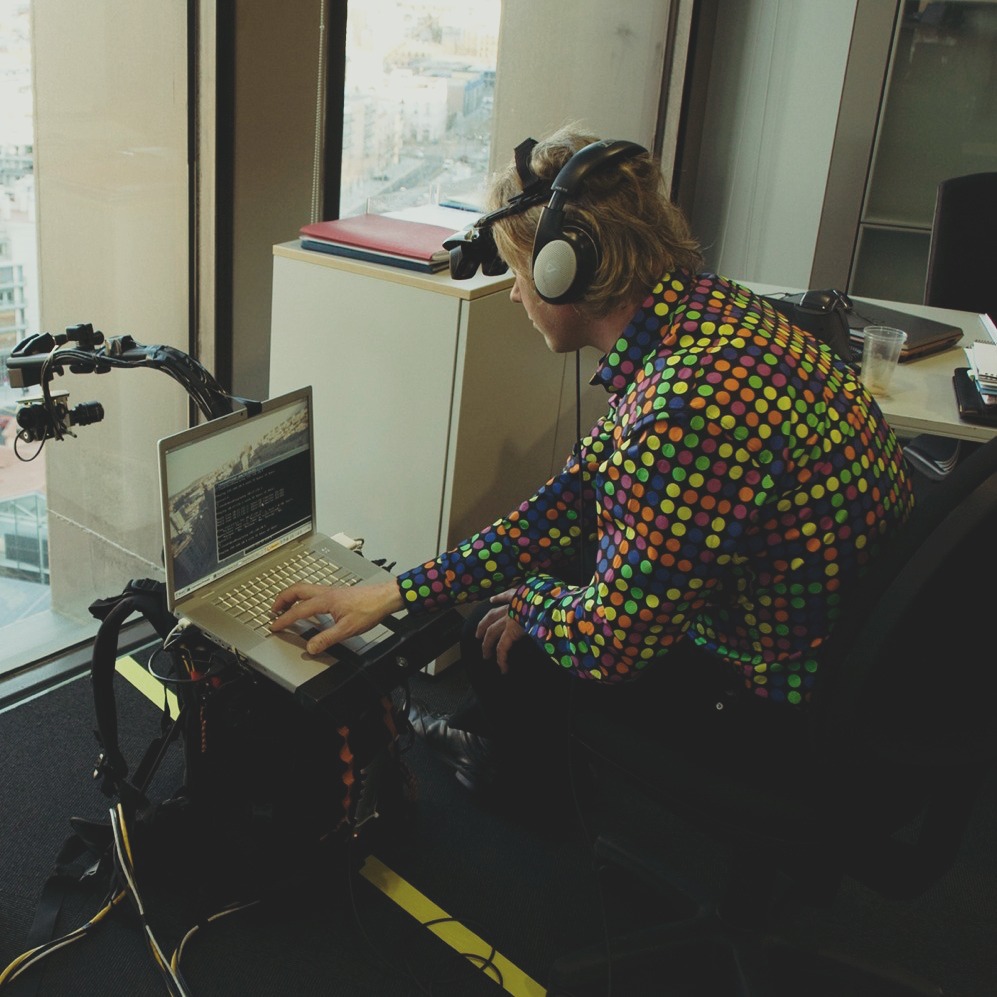 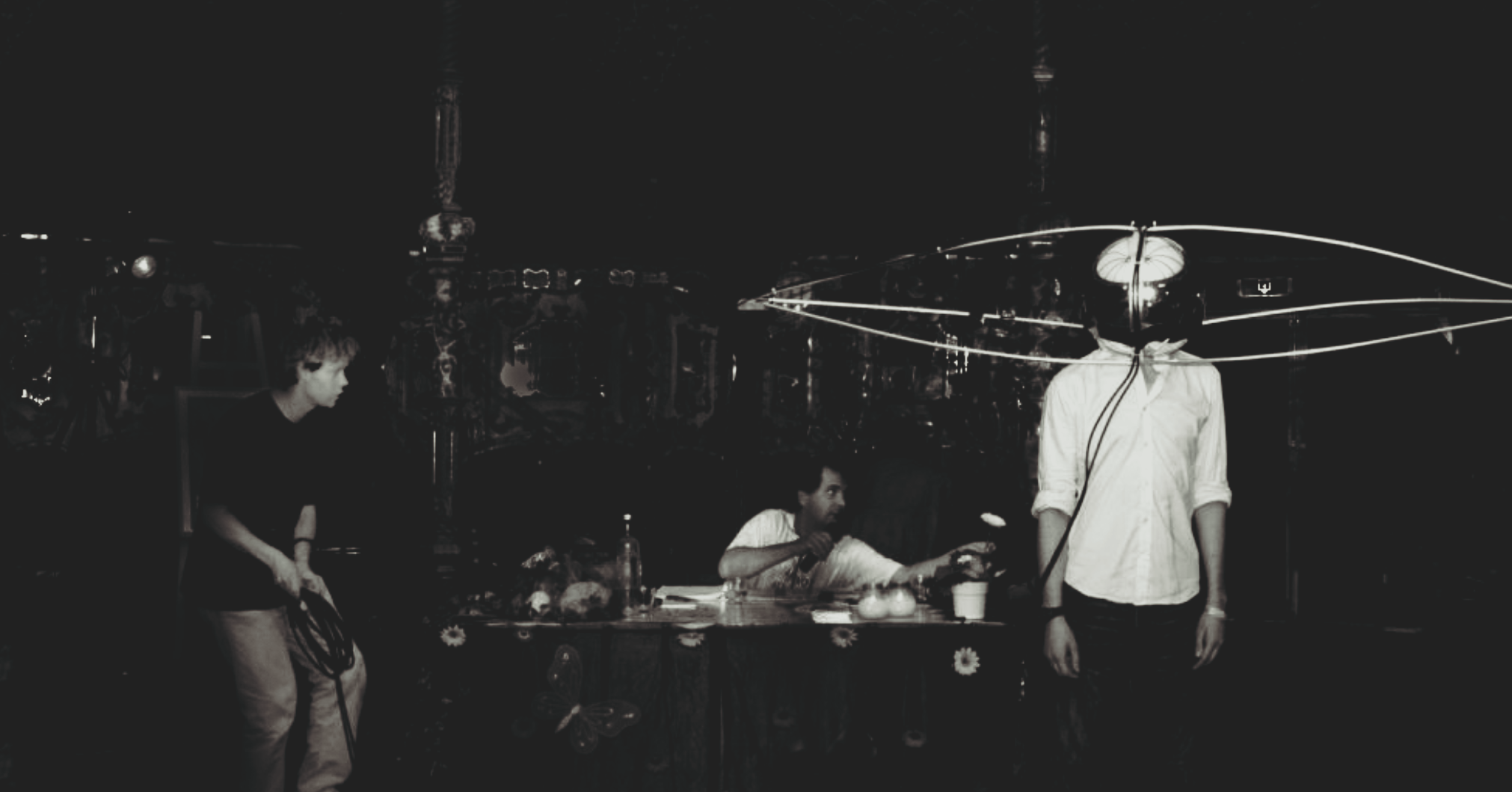